A car is traveling NE at a rate of 60 mph.  What is the rate of the car from the perspectives of Persons A and B? 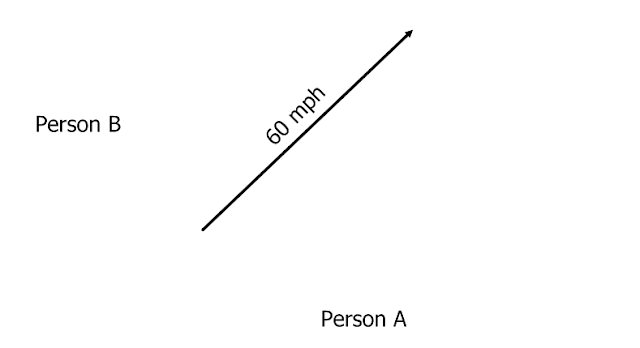 Students pretty quickly figured that in one hour, the car had traveled 60 miles and used the Pythagorean Theorem to determine the Northern and Eastern rates.

Where we are going
What happens if the car is traveling more North than East? 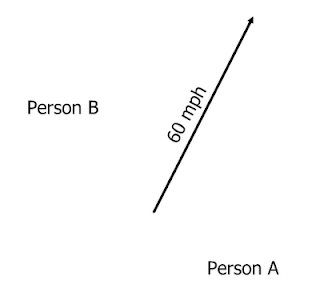 How We're Getting There
I made this worksheet allowing students to construct right triangles containing an angle of their choosing, checked the first construction and had them gather data.  They manipulated each triangle so they could gather three sets of lengths for similar right triangles.  (Note:  Be sure students construct the triangles by defining the angles, perpendicular lines, etc. so that the triangles don't lose their integrity as they are manipulated.) 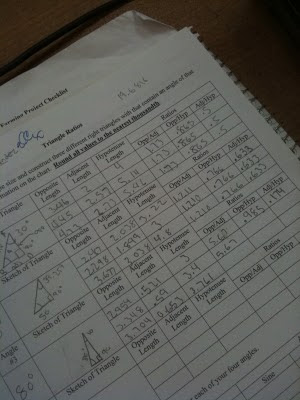 Draw Conclusions
After data gathering, I had them find the Sine, Cosine and Tangent for their chosen angles and find a connection between those values and the ratios they had already calculated. 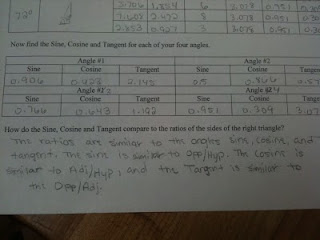 No joke: every kid made the SohCahToa connection--now I don't have to tell that stupid story.

Problem Solving
I've really been looking at how I encourage problem solving in my classes and hoped they'd be able to find all the information about a right triangle given one angle and one side.  I really liked how some of them dove in even though they had no idea (or at least they thought that) where to start. 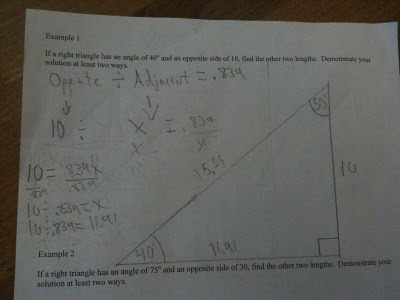 Are you sure your right?
Yeah, pretty sure.

How could you verify.
By doing this: 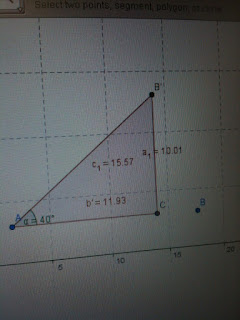 Extension Tomorrow we will go full circle and answer the original question regarding a car traveling a given rate at a particular angle towards the north.

Limited Tech Version
Project GeoGebra up front and have class work on the same triangles.  It's still quicker than drawing the darn things yourself.

Low Tech Version
Bust out the old protractors and build yourself some triangles the old fashioned way.  This still may not be a bad idea for some students who prefer the hands-on approach, although many of my tactile kids like having the ability to interact with the shapes in GeoGebra.
Posted by David Cox at 1:51 PM