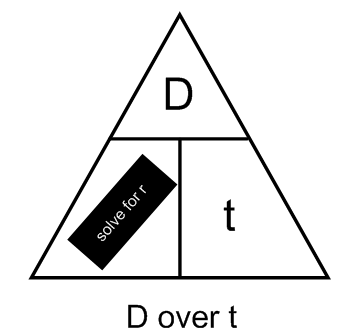 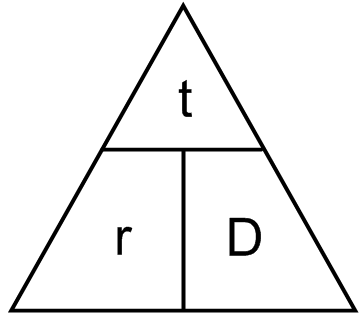 [1] Students picked up the triangle in another class.  They said that the formulas were given early on and explained.  However, many were still missing problems so the triangle was introduced.
Posted by David Cox at 11:55 AM 6 comments:

Hypothesis wrecking is not natural.  I think a few of you have summed it up quite well.


@dcox21 @cheesemonkeysf I love the 'see if you can wreak' it mentality. It's not something ppl naturally do and so important
— Ashli (@Mythagon) April 5, 2014


It's easier said than done.

We've grown accustomed to math that does the following:


Hypothesis wrecking requires a different model -- one that asks students to take a look in the mirror and give constant self-evaluation.  It also depends on problems that lend themselves to establishing this mindset. These aren't always easy to find, though. I've found that the problems with a really simple prompt tend to work best.  Here is a list of  problems I've used:

6.  Tilted Squares (or Pythagorean Theorem disguised)
I don't actually use this lesson, but I liked how the "tilt" of the square was defined as x/y which makes             data gathering quite nice.

Instead of having to teach things like perpendicular bisectors and systems of equations, I just wish we could do things like this. 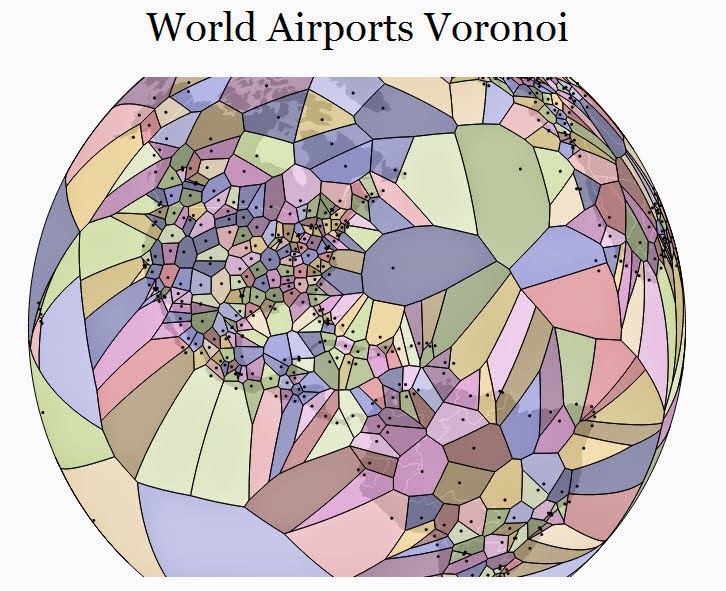 Hypothesis Wrecking and the Diagonal Problem

We've been doing more problems lately where students can gather data and look for patterns.  Today's installment is via the Diagonal Problem which I think I first saw via Kate.

I'm noticing that more kids are gaining confidence in looking for patterns, forming hypotheses and then seeing if they can make the hypothesis fail.  The phrase that seems to be gaining ground when it comes to hypothesis testing is "wreck it"-as in "Oh, you think you have a rule?  See if you can wreck it."

This diagonal problem is nice because a lot of students seem to zero in on special cases. For example, an n x n (or I just call them squares) rectangle has a diagonal that passes through n squares.  There have also been some nice attempts at nailing down rules for odd x odd and even x even rectangles.  We're finding that special cases don't lead us right to a general rule, but the information can be useful.

I've put together a flow chart that seems to be helpful. 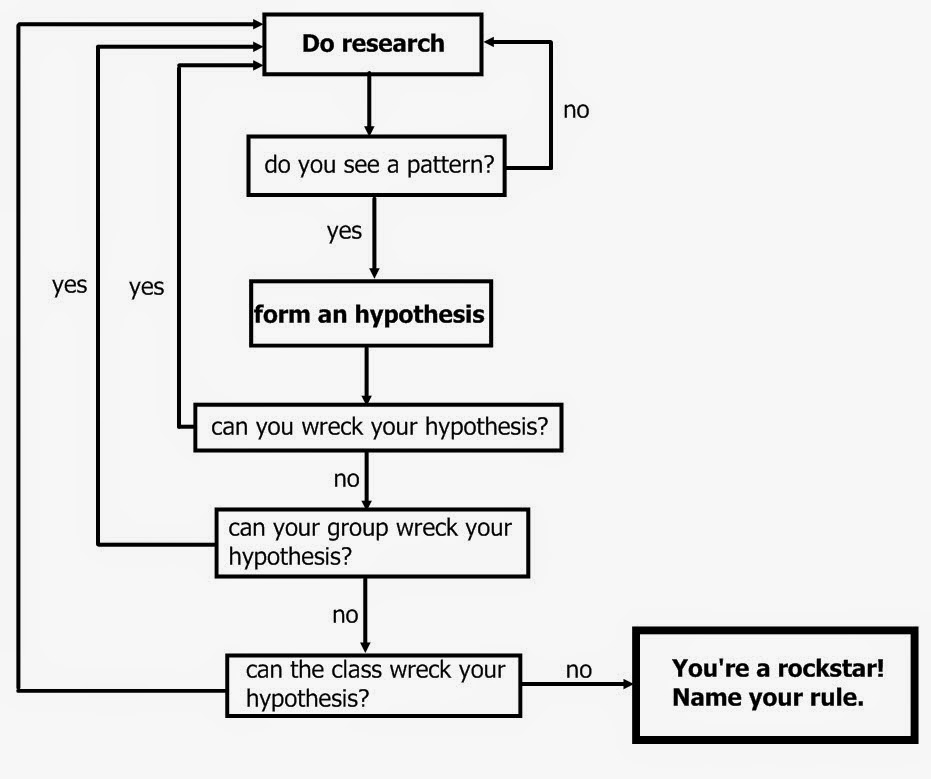 Some students get caught in the Do research-->do you see a pattern?--> Do research loop others are making it to the hypothesis before being kicked back to research. All are having to come face to face with their impatience.  Some are owning it.

There are a lot of mistakes being made.  There's some frustration.  There's arguing.  There's collaboration.