And Now a Word From Elisabeth

Elisabeth decided to define her own project.  She became interested in the Golden Ratio.  She came to me with a boatload of questions she wanted to tackle ranging from: 1) How can I create the Golden Spiral? to 2) Why is the Golden Rectangle aesthetically pleasing?

Two days later, I sit down with her as she's working and watch her think.  She has this perplexed look on her face as she is shuffling through her notes.  She has about a half-dozen different rectangles sketched with different dimensions along with more questions than what she started with.

She looks up and says, "The more I look through all this, I'm wondering, 'what's my question?'"

That's right, Elisabeth.  Don't ever forget that.
Posted by David Cox at 8:45 AM No comments: 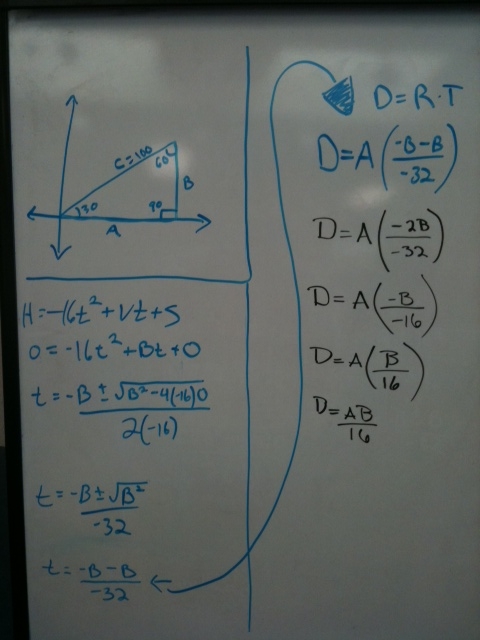 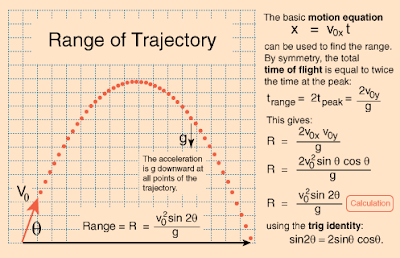 Preconceptions?  Misconceptions?  Heck, I don't care what we call them.  All I know is that I have kids coming to class and making decisions with their heart and not their head.  Intuition is great.  Inductive logic is great.  But it just isn't enough.  Back it up.  Verify it.  Embrace the conflict that arises when what you thought was true turns out to be, well, not so much.

I've taken to putting these (   )conceptions front and center.  Put them out there for kids to wrestle with. Plug in some numbers.  Argue.  Get frustrated.  And then walk away with a little more understanding than they did before.

So what do you do?

There ya go. My finest pedagogical moments summed up by slowly repeating a negative definition of a property they obviously don't fully understand.

The older, wiser, 5-kid-having self is a bit more patient.

Up on the board goes:

"But what does your head tell you?  Verify that both equations are true."

Oh, no they're not both true.

"Ok, good.  So now you have a conflict.  What you think should be true is different than what you know is true.  Why?"

This is why I have been calling these things preconceptions.  Students bring something to the task.  Always.  They never come empty handed.  These responses that #needaredstamp are usually a right idea used at the wrong time.  It's like a kid who has never played sports before goes from learning basketball to soccer.  Coach says dribble and the kid picks up the ball and bounces it as he runs down the pitch.  Right rule; wrong application.

I've had kids tell me that they do certain operations on a problem because "it just felt right."  I'm not sure how to address that other than to put them in a position for their feelings to betray them and help them deal with the disappointment in a constructive way.

Next weeks episode:  Why Love Isn't an Emotion
Posted by David Cox at 10:30 AM No comments:

A Tale of Two Teachers

My day begins at the door where I greet my students with handshakes and fist bumps.
Her day begins with five little boys climbing into bed and dog-piling her.

My students use manipulatives to learn counting techniques.
Her students count out baby carrots as they make Dad's lunch.

I use rabbits to teach about exponential growth.
She uses a persuasive essay so her students can decide if they really want a rabbit.

My students solve fraction problems about baking and measuring.
Her students cut recipes in half, measure and bake.

One of us teaches. The other pseudo-teaches.

Well, Since You Asked

I had a copy of John Van de Walle's book on my desk the other day when a student asks, "Mr. Cox, what are you reading?"

"Oh, this book on how to teach math.  It's pretty interesting."

"Oh, yeah?  What's so interesting about it?"

"Hmm. So teaching for problem solving means the teacher shows us how to do stuff first?"

"They don't think we can think for ourselves?  That's kind of offensive."
Posted by David Cox at 11:42 AM 4 comments: