When Your Good Friends Don't (But Should) Get Along

I swear I'd give CalcDave's left arm (you're right handed, right Dave?) in order to be able to embed a GeoGebra applet into a Desmos activity.  I mentioned it, once or seven times, but that's right about the time the Desmos customer service director seems to drive into a tunnel.

I mean, I don't hate this activity or anything.

But I hate this slide. 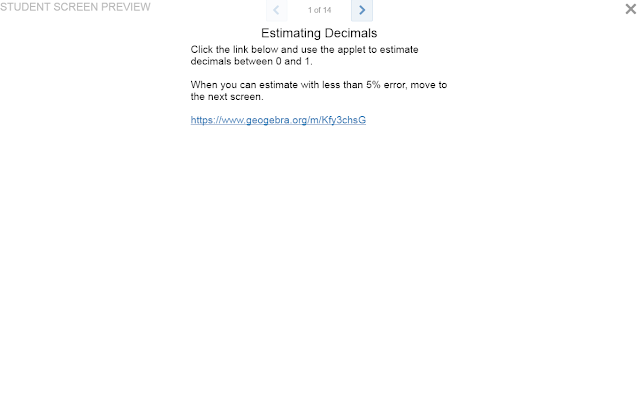 Sometimes students show a misconception that makes me pause and wonder how we can continue without clearing this up.

Sometimes the misconception isn't their fault.

Take the "-" symbol for instance.  Are we talking about subtraction?  Negative numbers?  How about "the opposite"?  Or inverse; maybe it's inverse.

I gave students this number line today with the prompts.

They did very will with the first prompt.  Lots of responses like:


Ok, I'm loving this.  Then they drop the hammer on me.

What are your first steps when you encounter thing like this?
Posted by David Cox at 12:05 PM 3 comments:

The (Selfish) Reason I Keep Teaching

Pick a teacher's blog.  Go ahead, pick one.  Go through the archives and you'll likely find a post talking about vocation or calling or some other noble reason to enter the profession.  You'll also find some variation of the phrase "I don't teach subjects; I teach children." These are all true, but I don't think they get at why I teach.  I mean, I'm no Mr. Shoop and, while, I do think there's  satisfaction to be found in helping others, I'm not quite ready to side with the Tribbianian philosophy of good deeds. What I am willing to admit is that one of the things that keeps me teaching is a little selfish.

Let me explain.  When I was in high school, I took one of those aptitude tests.  The results of that test told me I should either be a teacher, a  youth pastor or, yes you guessed it, a cab driver.  At first, I was thinking, "Cab driver?  What's that about?"  But as I thought about it, these three career paths have something in common:  people.  So, then why teaching?  I'm going to try to impact people no matter what I do.  So why teach?

That brings me to the selfish reason:  Teaching is a case study in why people do what they do.  I'm really interested in that.

Dan recently asked about the motivation for moving away from the text book when lesson planning. I think this gets at why I'd rather do my own thing even though I didn't realize it when I first responded.  I want to know why kids do what they do, and most textbooks can only expose what they do.  If I make my own activity, I can ask the questions the way only I ask them. It's my way of starting the conversation with my students.

Today was a great example of this.  We were working through a Desmos activity where kids had to model sums using a number line.  (I really wanted them to be able to sketch on an interactive graph, but, whatever, can't have everything.)  But this activity exposed two really important misconceptions. One I was very aware of and the other I had never considered. 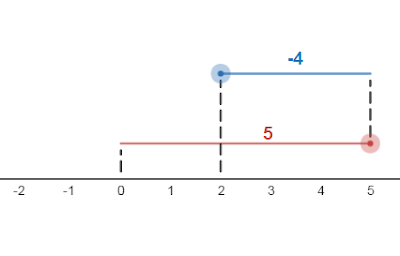 I've seen this one before.  Often times students count the numbers and not the spaces.  Ok, got it.  I know how to deal with this. 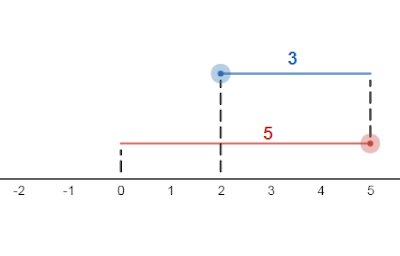 At first glance I thought I had this one pegged too.  Students are just stating the length of the segment.  Through the discussion, however,  it came out that a significant number of students said the blue segment represented positive three because it was on the positive side of the number line.

It led to a nice chat about direction and location and how these can influence the value of a number.

I don't have this conversation locked down.  And that's why I want to come to work on Tuesday.

That and I want to see if Desmos has those sketchable interactive graphs yet.